Ahh, a beautiful sunny day! It’s been a while.

First thing this morning we went to the Ocean Springs Farmers Market where we found fresh local grown produce and baked goods, honey, crafts, potted plants and more. We bought some home baked bread and cookies, a squash, a pint of local honey, and some pickles, it was all so good. 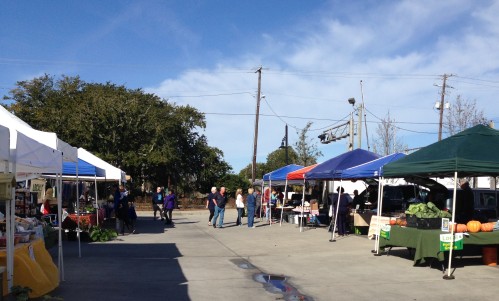 After that we drove to D’Iberville to see the BBQ Throwdown. Not only were there several smokers there were arts and craft and other vendors and some carnival rides for kids, a petting zoo and pony rides. It was pretty early when we were there so the crowd was small and it was pretty quiet. We were able to purchase some wonderful mouthwatering, falling-off-the-bone, juicy, no-sauce-needed BBQ ribs that were to die for. If only we could sample from everyone! 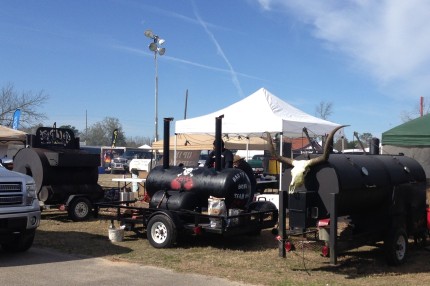 One block over was the car show portion of this festival. This included old cars and street rods. It’s always fun to see the old cars and how they have been so carefully restored and/or creatively transformed into works of art. 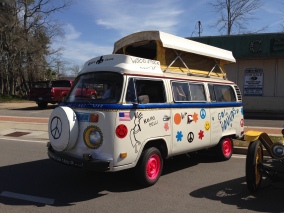 Growing up in Minnesota, Mardi Gras was a Southern thing so we never really knew much about it. I always thought it was one big parade and celebration on one day in New Orleans, Louisiana. It is actually way more than that. There are about 100 other smaller parades and celebrations in several other cities here in the south beginning in January and gradually increasing in frequency up until the big one in New Orleans. Besides Louisiana there are parades in Mississippi and in Alabama, and in Florida, I think even Texas has Mardi Gras parades, as well as St. Louis, Missouri. Could be more, I don’t know.

There was a “family friendly” Mardi Gras parade in Biloxi this afternoon that we wanted to see so we left the BBQ festival early and went to Biloxi for that. Candy was tossed from the floats and strings of beads, tokens, plastic cups, small toys, stuffed animals, and Moon Pies. We managed to get quite a lot of stuff without really trying, and Bernie even got a small bottle of vodka!

Our Haul From the Mardi Gras Parade

The Mississippi Gulf Coast was very heavily damaged by Hurricane Katrina, the worst national disaster in the United States history in 2005. There is a memorial in the city park that we stopped to see. The memorial includes a 12 foot high granite wall that symbolizes the height of Katrina’s powerful tidal surge, and the names of those who died are etched in the wall. A glass case holds a sculpture created of personal keepsakes from victims of Hurricane Katrina.

What do you do if you want to build a nice restaurant on the beach overlooking the Gulf of Mexico and the new building codes say you have to be elevated? You elevate it, of course. This is actually a very common thing to see all along the coast, not only for restaurants but for businesses and homes.