We took the Metro train into Washington DC today to visit the nation’s capitol. We have been here a few times before but it’s so interesting and there is so much to see we’re going back for more.

Our first stop was to return to the Smithsonian’s Air & Space Museum. As with the many other Smithsonian Museums this is free to visit. New this time is an exhibit of Felix Baumgartner’s giant leap from space. The first person to break the speed of sound in freefall without the protection or propulsion of a vehicle. The original capsule and exhibits explain all the details about it. Fascinating.

Next a walk through the Sculpture Garden.

There were a lot of people in the National Mall today, and in all the Museums. Busses line the streets unloading thousands of people.

Busses Unloading at the Museum of Natural History

Too bad I didn’t have my checkbook with me, I could have dropped off all my money at the Internal Revenue Service. Oh well, they will have to wait until the last-minute deadline of April 15. 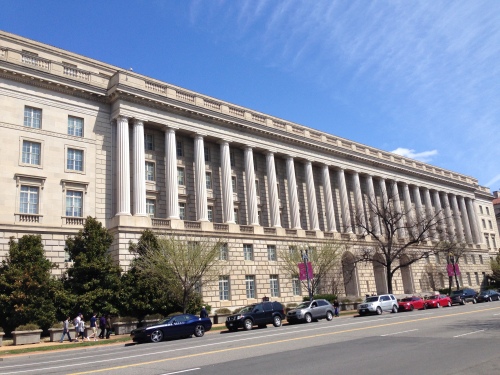 A few blocks off the National Mall is the Old Post Office Tower. Built in the 1890’s, it has fallen in disrepair,  survived potential demolition a few times, has been renovated and is now on the National Register of Historic Places.

The last time we were here the inside of The Old Post Office contained a nice Food Court and we had planned to go there for lunch today. However, all the food vendors are gone now. A security guard told us that Donald Trump will be turning the old building into a hotel now.

We were still able to take the elevator ride to the observation tower, also free. We could see the Capitol building as well as all of Washington DC.

And then a few blocks west from there is the White House. Hundreds of people lined the street for a look.

And then a few blocks south of the White House is the Washington Monument. It is still closed due to repairs from that earthquake in 2011. The last time we saw it there was scaffolding all the way to the top, that’s all gone now. It is due to reopen in May! Yay! I hope we get a chance to come back to visit it. 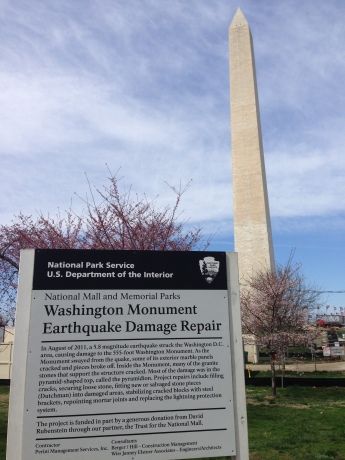 Today is National Pillow Fight Day. I did not know that. But on the grounds of the Washington Monument there was a huge crowd of people with pillows having at it. They were having a great time. And us without our pillows. 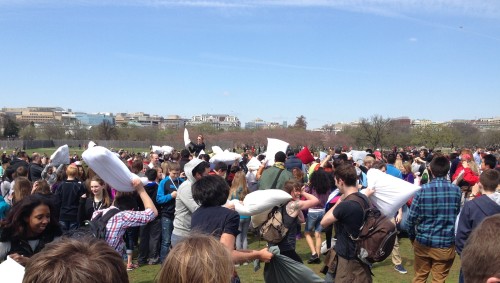 Our main reason for returning to DC at this time was to be here for the annual Cherry Blossom Festival. The blossoms are later than usual due to the crazy winter we have had, but they are getting ready to pop! A few more days of good weather should do it. We will be here for a while so we will see it. 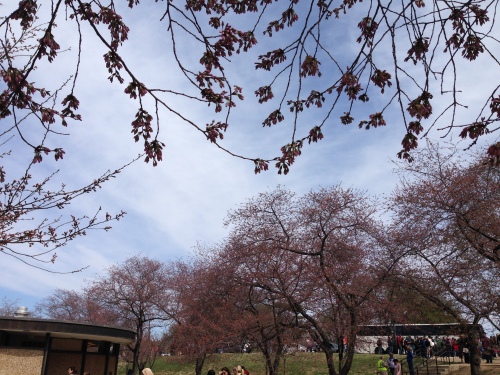