Another Beautiful Day in Savannah

Another beautiful day! So back to Savannah’s Historic District for more. We parked on the street and walked down to River Street to see what was happening there. The shops and restaurants were open and people were wandering about.

While we were there a few ships passed by, the first one on its way out and the next one, the container ship, just arriving. Probably no big deal for the locals, but for this Midwest couple it’s a treat to watch these giant ships moving about. 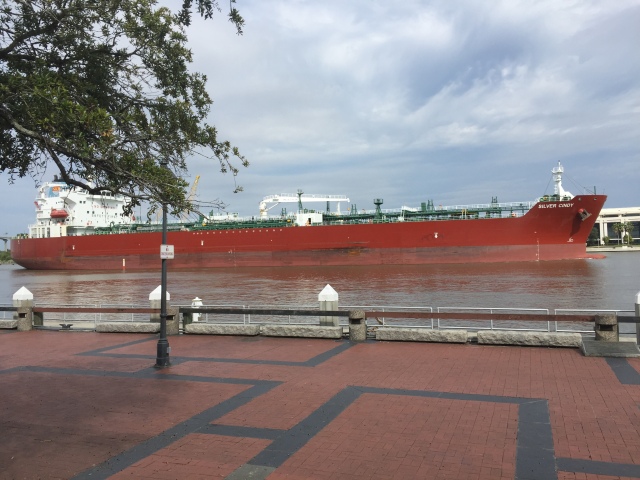 At the end of River Street and up a block is the Pirates’ House, the most historic spot in the state of Georgia. It’s been here since the 1700’s. In 1753 it was an inn for seafarers and a meeting place for pirates and sailors. There are stories of a tunnel under the inn that led out to the river. Passed-out men would be carried out to the ships and taken out to sea. The house has been added on to and what looks like three or four houses is all a popular restaurant. We ate there for lunch. I saw fried catfish, collard greens, black-eyed peas, sweet potatoes, fried okra, gumbo, and fried chicken on the buffet, and peach cobbler for dessert. We were given a basket of the bestest softest fluffy biscuits ever with our meal. And I did see a pirate in there!

As we were walking back to the car we pass The Old Harbor Light. Erected in 1858, this old gas light was a beacon to guide ships as they entered. It’s now a focal point in the park. 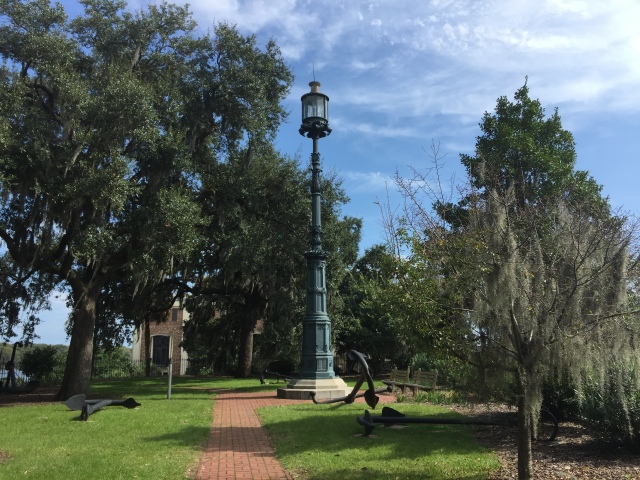 I could walk this street every day. The Spanish Moss covered Live Oak trees are awesome. 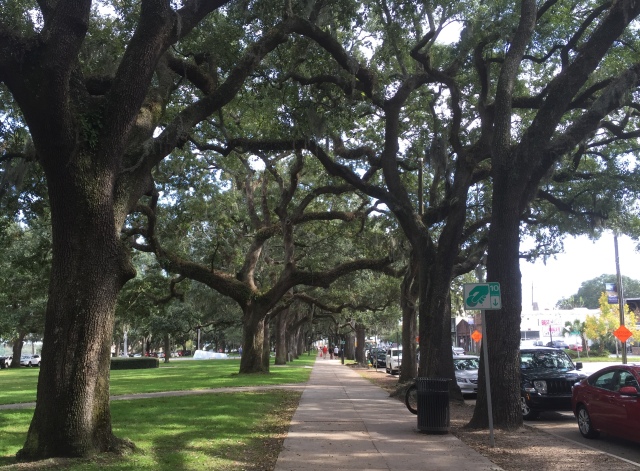 Earlier this week super high tide levels flooded the only road access out to Tybee Island on the Atlantic Ocean and flooded some of the neighborhoods out there as well. News reports say this was the third-highest tide since record keeping began in 1935.  Sea level rising? We didn’t hear any reports today so we went to see the ocean. It was pretty quiet. And even though the temperature rose above 80 degrees there weren’t very many people out. 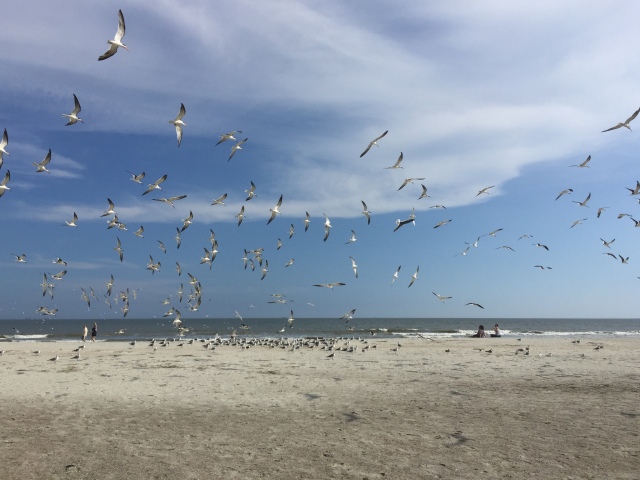 At one end of Tybee Island is the Tybee Lighthouse, one of the first public structures in Georgia and is one of the more famous lighthouses on the Eastern seaboard. 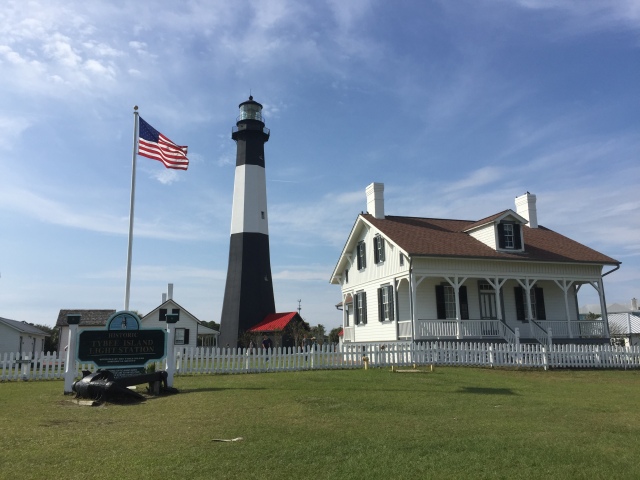 1 Response to Another Beautiful Day in Savannah