It’s Saturday, and the St. Augustine Flea Market beckoned. I don’t know why, we never actually buy anything, we just like to walk around and look. You never know. 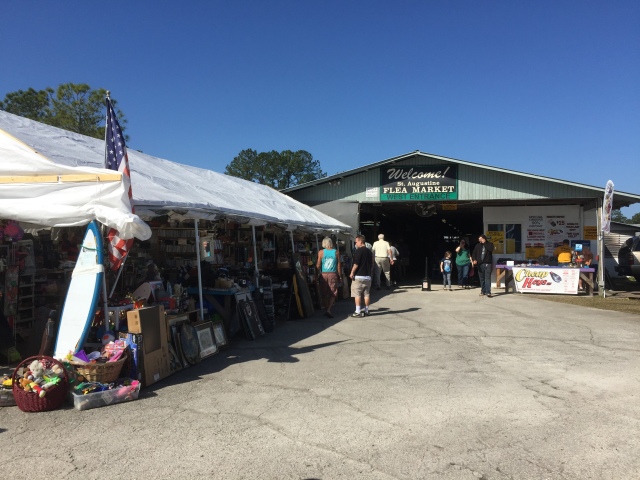 Ok, I did buy some pecans.

One of the places we had not seen during our previous visits to St. Augustine is the Mission of Nombre De Dios and Shrine of Our Lady of La Leche. So here we are today. 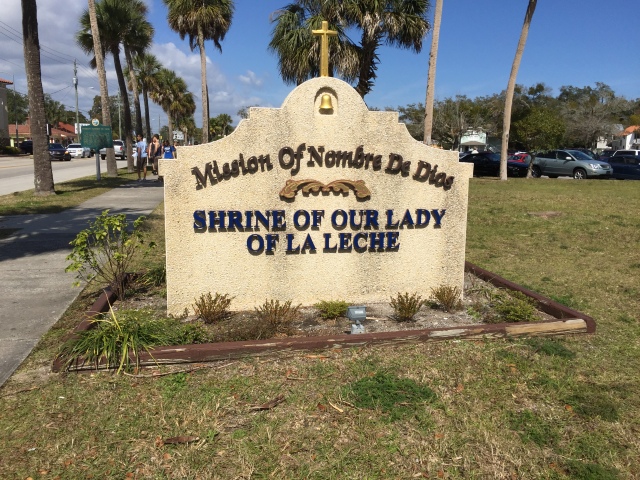 And what a beautiful day! 71F and sunny!  From the parking lot we walked across a beautiful bridge to the historic site. 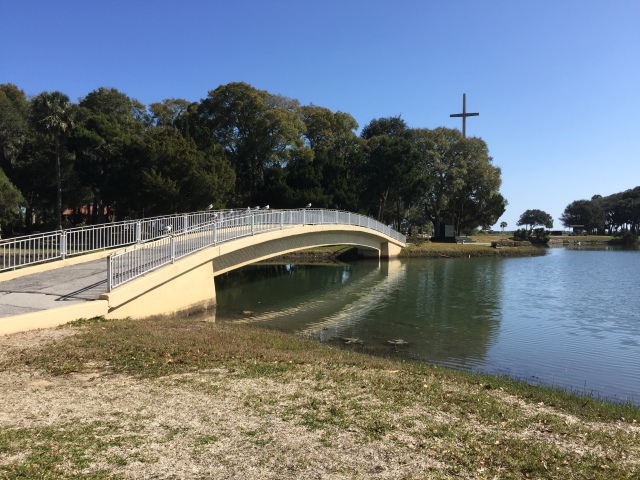 The path leads directly to a statue of Father Francisco Lopez de Mendoza Grajales, a priest from Spain. On September 8, 1565, Father Lopez held a cross on this spot while Menendez proclaimed this land in the name of God. Father Lopez celebrated the first Catholic parish mass here, and is considered the first pastor of the United States.

St. Augustine is the first permanent Christian settlement in the United States.

The tall cross behind him is 208 feet tall, the tallest cross in the world.Erected in 1966 to mark the 400th anniversary of the founding of St. Augustine and the beginning of Christianity in this land. 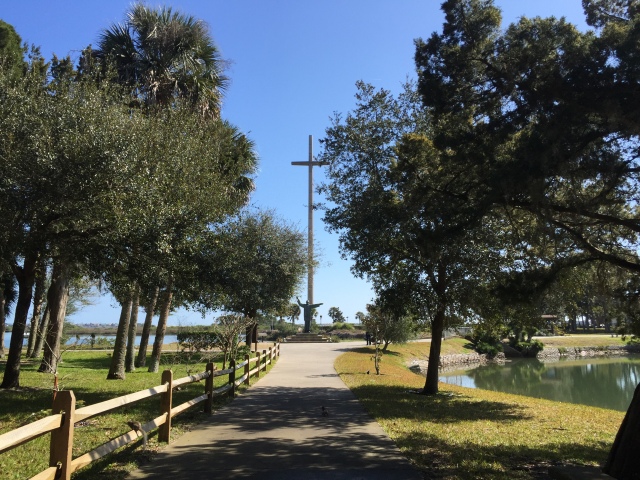 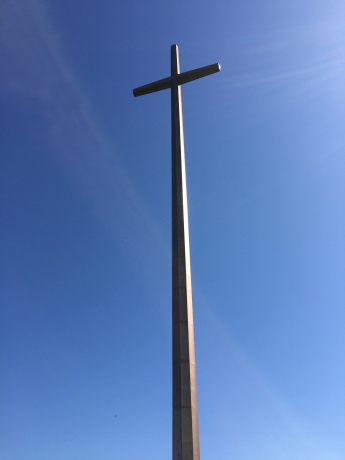 As we continue walking the historic grounds one path leads around The Seven Sorrows of Mary. 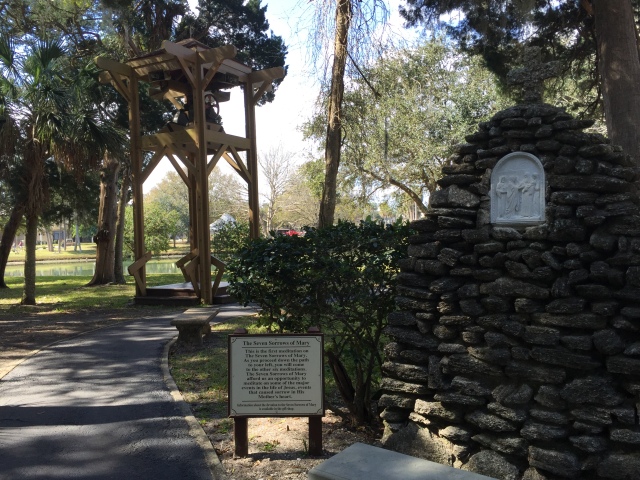 The First Meditation on The Seven Sorrows of Mary

Also here is a small chapel, reconstructed in 1915, and enshrines a replica of the original statue of Nuestra Senora de la Leche y Buen Parto – Our Lady of the Milk and Happy Delivery. 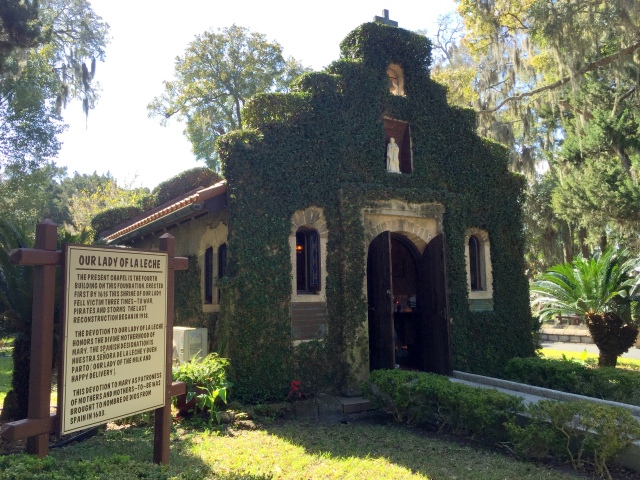 Shrine of Our Lady of La Leche 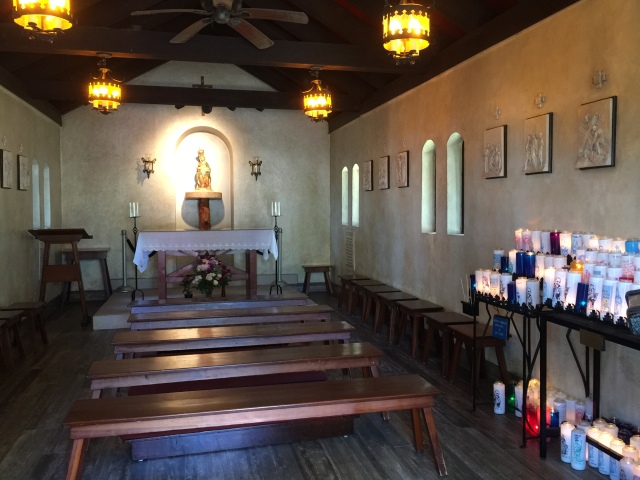 Shrine of Our Lady of La Leche

Lunch at Barnacle Bill’s Seafood House. (We thought of you, Susan and Wally.) 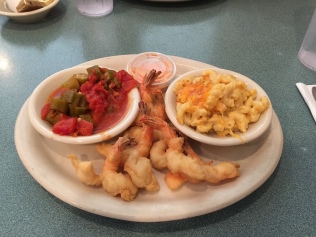 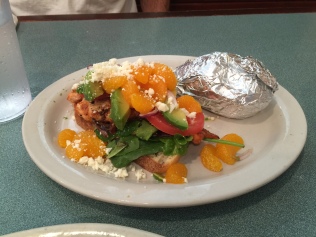 On our way home we stopped by Antastasia State Park to see it. We drove around a few of the campground loops and saw mostly small tent-sized sites, but I know there are some bigger RV sites here, too, that can handle up to 40′ rigs. There are several loops, we didn’t look at them all, but we were impressed how private and nice they were. We do prefer to stay at state parks but were unable to get a reservation here because they had no available spots for a rig our size. 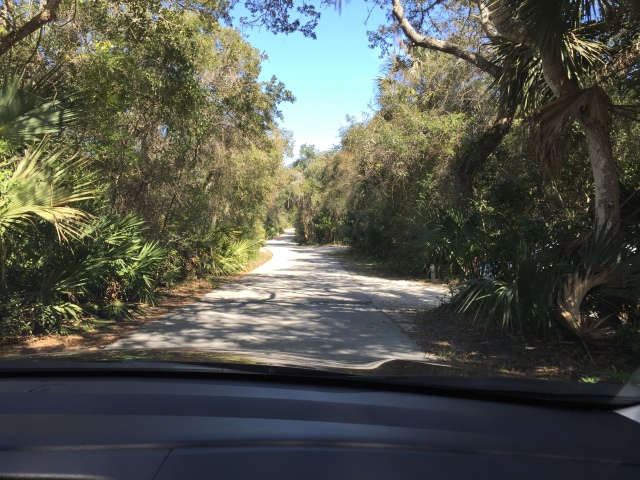 The park is right on the Atlantic Ocean. A boardwalk takes you from a large parking lot to a big beautiful beach. 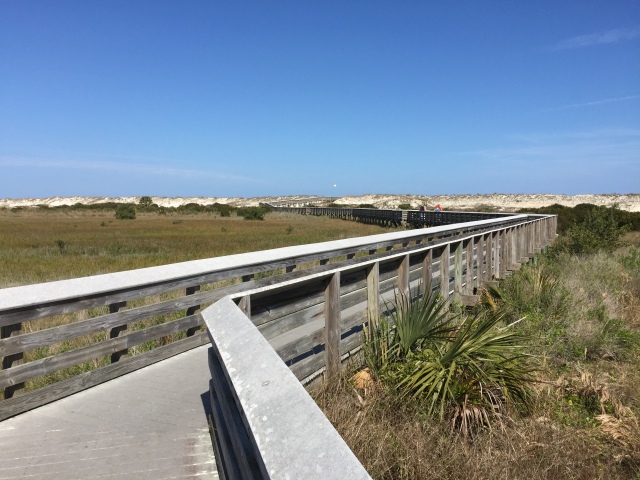 There were several people on the beach. Not in the water, just walking, jogging, biking, and sunning themselves, enjoying the day. It was 71 degrees.

Our next stop, just down the road, was at a public beach. This one, you can drive your car out on the beach and park it.

We found a place to park. A signs says cars on the right, people on the left. There were a lot more people in this area.

Parking on the Beach