The sleeping car attendant helped us prepare our beds for the night last night. Neither of us slept real well. I didn’t mind the rocking and the sounds of the train, actually found it soothing. The beds were hard and we ate too much for dinner so our comfort level was not there. Bernie did not like the top bunk so we both fit on the bottom. It was a bit close, but we managed. And in the morning the attendant put the beds back up for us.

Our train (422 Texas Eagle/Sunset Limited) rolled in to San Antonio about 6:00 am (1 hour 12 minutes late). This is where the train divides. The last two cars, one coach class, and the sleeper we are in, were detached from the rest of the train and added on to the back of another train. We didn’t feel a thing and slept through it. The original train, now called the 2 Sunset Limited, continues east to New Orleans. The train we linked on to is the 22 Texas Eagle that will take us north to Chicago.

This was to be a two-hour layover, but since we slept through it we only had 15 minutes left to get out and walk around or take some pictures.

View out the Back Window of our Train

Once we were on our way the dining car opened up for breakfast. Seating priority is given to sleeper car passengers so, duh, we went to eat. 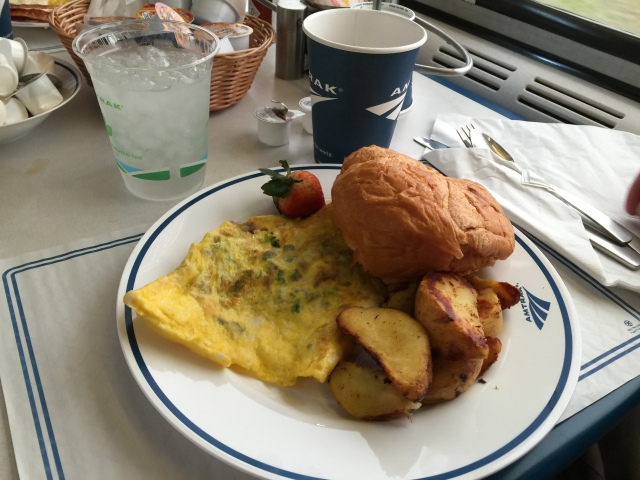 At lunch time we just had a small salad so we would have an appetite for dinner later.

The weather is changing. It’s been cloudy and cool all day and now it’s beginning a light rain as we enter Austin, Texas. 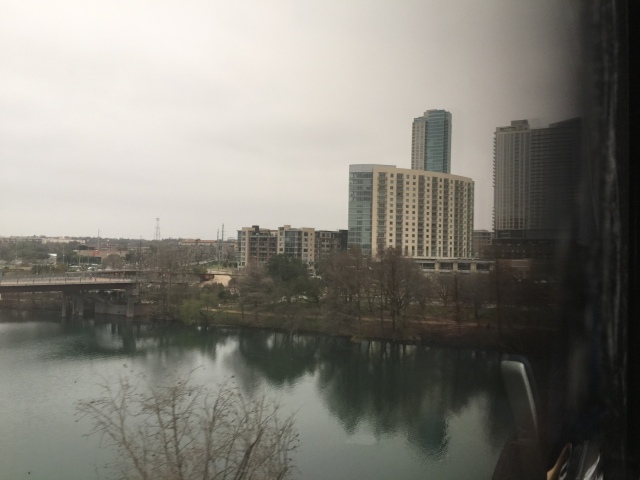 I can get a good look at the train as it rounds a curve on its way to the train station.

Austin has a small train station, but several new passengers did board here.

We only had a few minutes, but enough to walk to the front of the train for a picture. 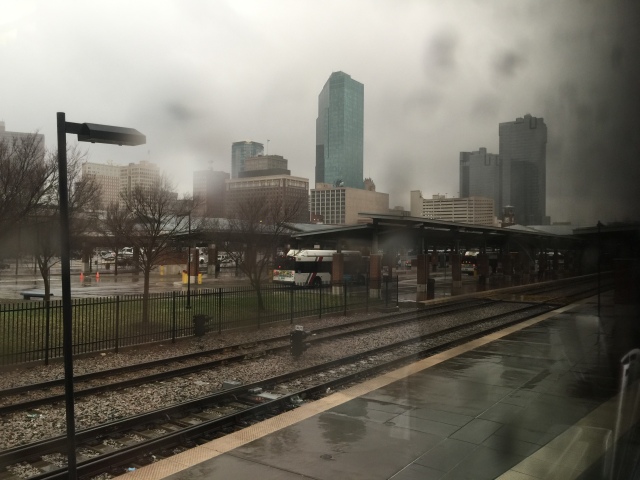 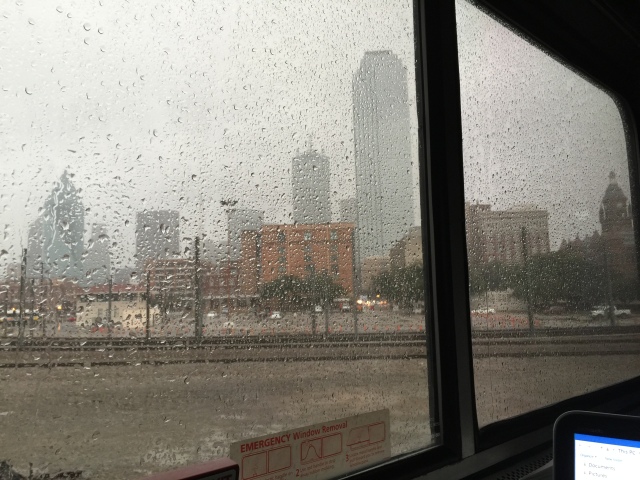 Reservations are needed for dinner in dining car. Priority is given to those of us in the sleeper cars. It is community style seating, so if two of you are sitting at a table they will seat another couple with you. We have met several nice people this way. The food is good and there is so much of it we just can’t eat it all.

We just stopped in Longview, TX, 1 hour and 22 minutes late.  The temperature is 40F, light rain. Freezing rain is in the forecast.  Here comes winter!

The sun set during dinner so can’t see anything outside any more. The train runs all night long so we should find ourselves in St. Louis, Missouri, in the morning.